Fans are saying there’s videos and pics of blackpink backstage and the lineup was changed but so far I haven’t seen proof of that.

Personally, I don’t think it’s that deep that they could have been 20 minutes late, I feel like it’s a pretty standard thing in the industry but I can understand why others would be annoyed.

However, the situation has been blown out of proportion. The number of articles from Korean media written and the thousands of upvotes from article comments show that it’s a rising controversy and only getting worse the longer YG or BP ignore it.

The outrage is ridiculous and it’s so obvious that it’s because it’s blackpink. They’re still a top gg but their rep has declined because of the disgusting YG scandals and the YG boycott. The hate towards the girls for every minor thing is so tiring to see especially after KTL promotions and the continuing shit from Seungri.

Jennie’s still posting on IG and there’s more articles being written on how disrespectful that is and blah blah but I think her posting means that they were on time and won’t address it or because they don’t care because they don’t need that much support from Koreans anymore which 2019 proved… (highest grossing kpop girl group tour ever, highest first day sales, coachella, extremely high sales for there 2nd EP). 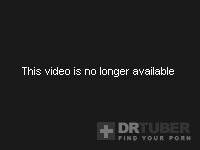